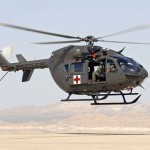 Colorado ARES (Amateur Radio Emergency Service) is a part of the Field Organization of the American Radio Relay League (ARRL), the national association of amateur radio.

The ARRL divides the nation into 71 administrative sections. The State of Colorado is its own section. Each section is led by an elected Section Manager. The Section Manager makes section level appointments, including the Section Emergency Coordinator (SEC) who is responsible for leading Colorado ARES. Robert Wareham was appointed SEC in October of 2011.

Colorado ARES is organized consistent with the 9 All Hazards Regions implemented by the Governor’s Office over ten years ago. Colorado ARES has numbered the regions with North Central designated as Region 1, South Central designated as Region 2, and the remaining regions numbered in clockwise order from the Northwest Region around the state to Region 9, the Northwest Region. Each region of Colorado ARES has a Region Emergency Coordinator (REC) appointed who coordinates activities within that All Hazards Region.

Each Region of Colorado ARES has from 2 to 6 Districts within the Region. District Emergency Coordinators (ECs) are appointed by the Section Emergency Coordinator upon recommendation and nomination by the respective Region EC. Most districts are aligned with logical political boundaries of one or more counties. There are 6 districts in the Denver Metro area: Denver, Jefferson/Gilpin/Cold Creek, Boulder/Broomfield, Adams, Arapahoe, and Douglas/Elbert.